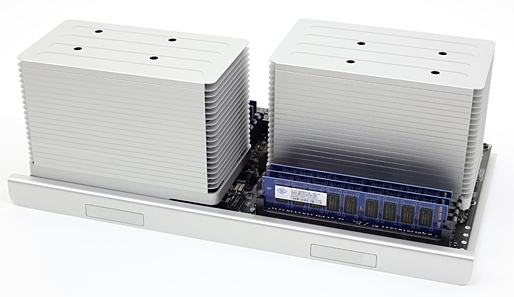 This instructional is hardly the first for this upgrade , but it is the most comprehensive .  And with these particularly useful Mac Pro workstations aging so much as Apple desperately attempts a refresh of the product line , it is important to remember that a simple CPU upgrade is not enough for these Systems to remain stable under load conditions .  In short , the cMP Dual CPU Tray you will be upgrading also requires , at the very least , a re-thermal pasted Northbridge controller heatsink .  This heatsink might also require replacement push pin fasteners if the factory installed ones became damaged due to thermal fatigue ( which is not uncommon ) .  And you can probably already guess the Apple Store won't just sell you a brand new pair of twenty five cent fasteners . 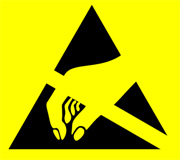 Caution :  Please remember to always follow all ESD safety protocols when working on static sensitive devices .  Which means for you to be grounded using a wrist or ankle strap , to work on a soft , dissipative surface (e.g. 3M static control mat ) and not to expose your work area to dangerous materials ( e.g. styrofoam or polyester  ) . 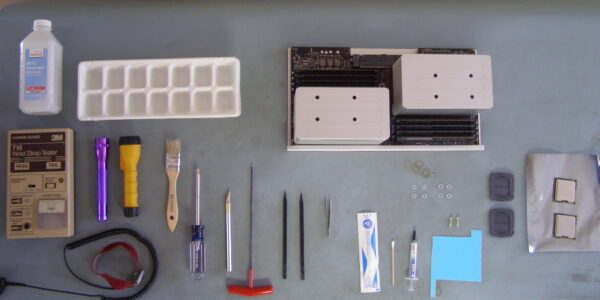 Our grand project begins with a visual representation of ( almost ) all the tools , materials and components you'll be using for this upgrade .  I think the only item not pictured is an ordinary pair of needle nose pliers .  And here is the full list of items you'll need , their current estimated cost and where to obtain everything : 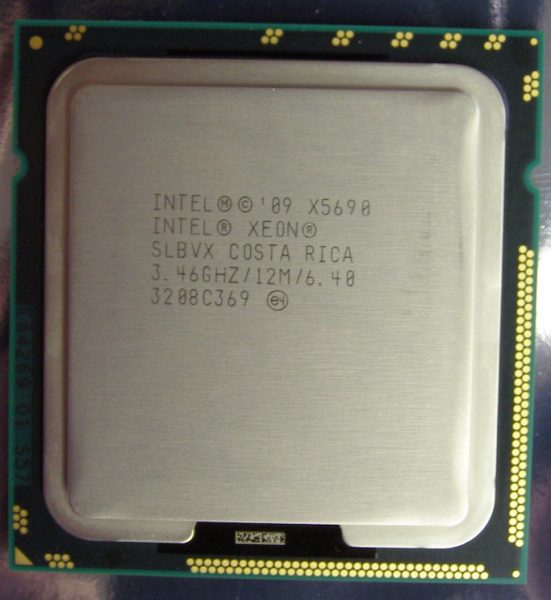 3 ) A pair of X5690 3.46 GHz Six Core Intel Xeons .  Obtain S-spec version SLBVX processors , as these are the desirable production versions .  Do not obtain S-spec version Q4F1 chips , as these are the undesirable ES / QS versions .  This information is printed on the heat spreader of the processor .   Never use engineering sample ( ES / QS ) processors with a productivity machine as undocumented errata will cause System instability .  Remember , workstations are supposed to be more reliable than other types of computers .  Don't cripple your Mac by using cheaper ES / QS processors .  Production X5690 Xeons currently cost around $300 for the pair on eBay here .

4 ) A pair of protective caps for the processor sockets .  You want caps for LGA1366 sockets and they are made of antistatic plastic by Intel or Foxconn .  Make certain they are perfectly clean before use and install immediately after removing the factory processors .  Exposed gold connector pins of the sockets are fragile and easy to accidentally damage physically or through an ESD event .  They are available in small quantities at $3.00 to $4.00 each on eBay here . 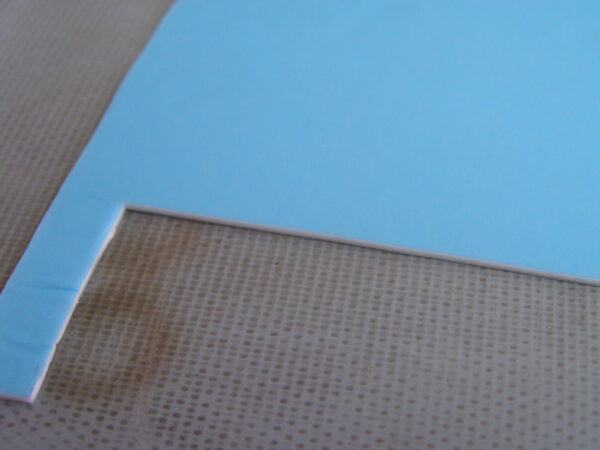 5 ) A piece of thermal gap material , cut down for the processor heatsinks of only the 2009 model year Dual CPU Tray .  Total applied thickness needs to be 2.0 mm ( roughly ) or 2.3 mm ( precisely ) .  This is in addition to the factory installed material .  You can also use two pieces 1.0 mm thick , like I do .  I use 3M model 5591S Thermally Conductive Silicone Interface Pad with a thermal conductivity of 1.0 W/m-K , which is not a breathtakingly high a conductive material .   However , I have not experienced any issues long term under load and 3M quality is superb .  2010 and 2012 model year Dual CPU Trays do not require any additional thermal gap materials and you can use the factory pads if they have not dried .  This thermal gap material covers the VRMs of the PCB of the CPU Tray and should not be confused with the thermal paste applied to the processors .  A 210 mm x 300 mm 1.0 mm sheet of 5591S can be obtained for around $26 on eBay here . 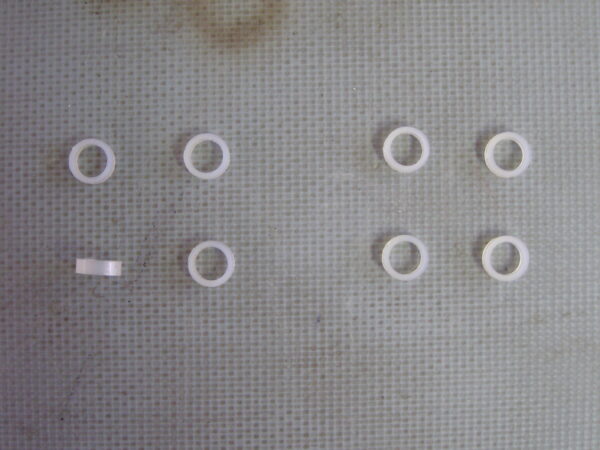 6 ) Eight nylon washers , with a thickness of 2 mm ( roughly ) or 2.3 mm ( precisely ) and outer diameter of roughly 7 mm and inner diameter of roughly 5.2 mm for placing onto the standoffs of the CPU Heatsinks of only the 2009 model year Dual CPU Tray .  2010 and 2012 model year Dual CPU Trays do not require these washers .  A quantity of 10 cost around $3.00 and is available from Hong Kong via eBay here .  You might wish to source these locally  for quicker delivery .  A caliper is recommended to measure these washers , as there can be a high degree of variance .